I've been really obsessed, recently, with Eadweard Muybridge's Animal Locomotion series, but grappling to figure out what that means for my poems (if it means anything). This is an example of one of the plates that I like—a view of a horse running from the side and the back. What I find fixating in this image is that it manages to be both entirely fragmented and continuous simultaneously. I think about how to make this kind of effect in time and in anatomy within my poems—each line its own horse, but also the same horse still running. I don't think I've figured it out.

Thinking about these photos did lead me back to Elizabeth Bishop, to whom I often circle back, and her maxim about Spontaneity, Accuracy, and Mystery. I think that Muybridge's photos are often able to have those qualities in very discrete ways; each new frame of the horse seems, to me, a new horse—a sort of spontaneous, new being that is generated by the image. Muybridge was also extremely accurate in measuring the movements of time and distance that operate in and through the photographs, and he drew out the precise lengths of the horses' gaits. And what is more mysterious than the back end of the horse? I never have so many questions as when I see someone leaving.

I began this direction to say, ultimately, that this is an idea that I am still circling in my mind, but which has been there for some time. I have written and thrown out many very bad horse poems. But a few months ago I was sitting in a park, writing a very bad poem, and I decided to leave—and as I was walking out of the park, I came past a pond full of the ugliest, strangest, most delightful fish, and I sat down and wrote another poem about these fish which presented themselves to me in the state of my bad attitude. It turned out much better. So, that's one vote for Spontaneity. 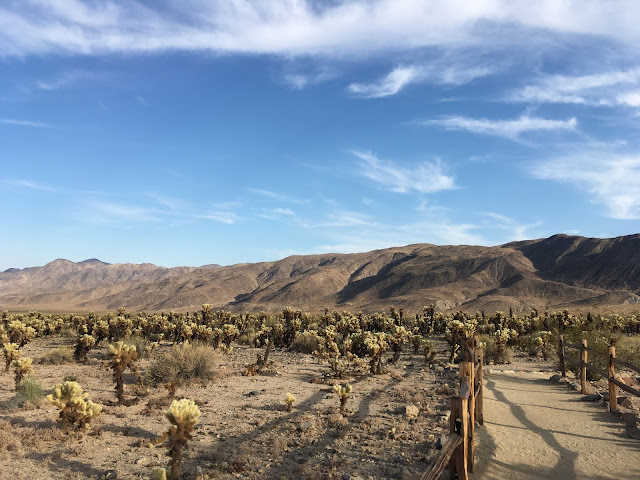 I'm sharing two photos that seem relevant to my current creative life. The first is a picture of cacti that I took in July 2017 in Joshua Tree. I've been dividing my time between LA and Denver for the past two years, but prior to that I had spent very little time on the West Coast. The plants still seem new and strange to me, and I am writing a lot of sort of inquisitive poems about how the desert works. 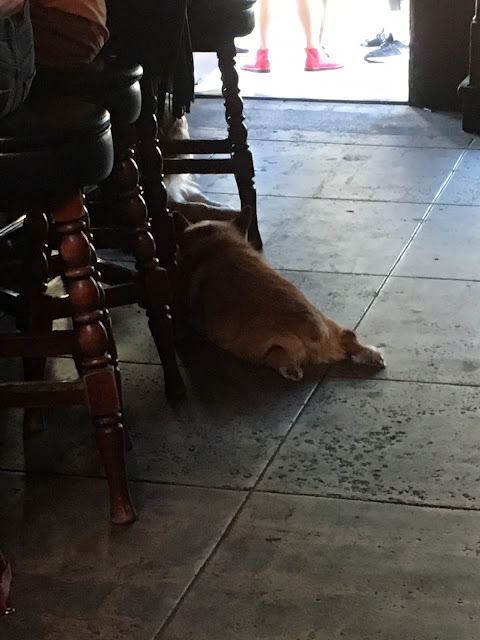 The second photo is the back end of a corgi. This corgi was attending a poetry reading in a bar in Santa Barbara, and I really admired his full-bodied dedication to relaxing and listening. I think that I am in a stage that consists primarily of learning and listening, and I aspire to be as prone and committed to it as this dog.


To start at the end of Pasteur's thought, I'm interested in what it means to be "prepared" for poetry. I don't think, in the least, of poetry as some kind of divine transmission; not a preparation in a sacred or ritualistic sense for some kind of event from outside the body. But I do think about beginning my work, when I write, as a way of creating a preparation (n.) in an a kind of pharmaceutical or scientific sense.

I think of my poems as a moment of distillation in the swirl of whatever observations are haunting me at a given time. So the idea of a preparation appeals to me because it is a compound material, and it can be separated or re-combined with other elements or mixed again with a better spoon or what have you. But a preparation, like a poem, has sort of a moment of snap-truth—you eat it, or you write down the first draft, or you read it in the particular form it is taking that day. I think for me a poem can be a record of a particular pattern of movement in the mind, a temporal image, in the way that photography is often figured as a way of marking time and a construction of objectivity.

Fortune, however—I think that's beyond my pay grade. But of course I hope it favors me. 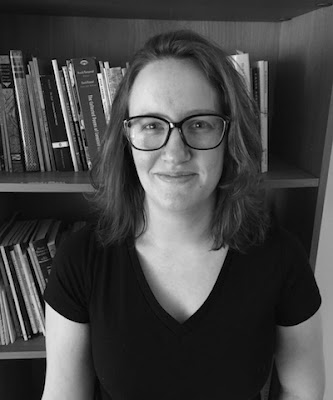 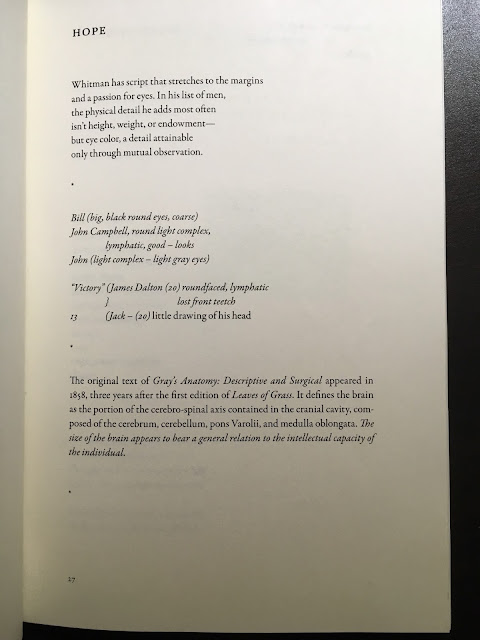